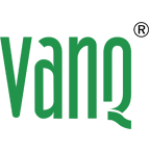 There comes a time in every indoor grower’s life where they must choose the type of light they want to use on their cannabis plants. With so many different varieties and types available, the decision isn’t always an easy one. That may be changing however, with COB LED grow lights. With so many advantages over other types of marijuana grow lights, COBs are becoming known as one of the best types to use for indoor growers. Giving the most efficient and effective lighting, without having to work with big bulky structures and equipment.

What Are COB LED And COB Grow Lights?

COB LED grow lights have become known for the ease of use, long life, and the broad spectrum of light. COB stands for chip-on-board and while these types of lights include many different LEDs, they are smaller and all mounted onto a single substrate. The biggest difference between COB LEDs and regular LED panels is the architecture: COBs are wired and packaged into a single module so that they function as a single lighting source. By bonding the chips directly into the circuit board, extraneous components are avoided to maximize the LED’s potential.

A COB light incorporates a multitude of minuscule LED chips in one board, making them appear as a sole source of light. The chips are about the size of a quarter, allowing for much denser packing. The lights are usually housed in ceramic, copper or aluminum, creating a kind of “heat sink” for more efficient heat management.

The lack of extra materials decreases the heat generation produced by the LED chips, increasing the efficiency rate of the unit. COB units do not have as many welding points as traditional LEDs, and also do not use lenses. In essence, it is a simpler system that promises better efficiency rates due to the lack of additional parts.

COB LED grow lights are so small in fact, that they are about the size of a quarter. They are all installed by the manufacturer into one board, which is typically made of copper or ceramic. When lit, these lights appear to be more like a lighting panel, rather than several LEDs that are simply mounted together.

When COB LED grow lights are installed, a grower can have multiple lights focused on their plants, but with the ease of installing only one module. This is the main difference between traditional LED lights and COB grow lights. But this is just one advantage these light setups have over other types of marijuana grow lights.

Why Is COB Grow Light Better For Growing Indoor Plants?

These are the biggest advantages of COB LEDs for growing:

One of the biggest advantages of COB grow lights is that they are much more efficient than other types of marijuana grow lights. Including HPS, ceramic metal halide, and fluorescent lighting. The efficiency of these lights is measured in μmol/j units,. This represents the amount of photosynthetically active protons produced by the lights. While COB LED grow lights produce 1.8 – 2.5 μmol/j, other grow lights produce far less than this. Double-ended HPS lights will only produce 1.4 – 1.8 μmol/j. While fluorescents will produce a measly 0.6 – 1.1 μmol/j.

Perhaps due to their efficiency, COBs also have a much greater lifespan than any other type of marijuana grow lights. While they may cost a bit more initially, they will last for at least 30,000 hours. For those growing cannabis, that means a reduced need to replace lights. Or have them suddenly burn out when plants could possibly need it the most. This is vastly different than HPS lights, which only have a life expectancy of 10,000 hours.

One of the reasons growers is starting to choose COBs may not be due to their efficiency or life expectancy at all. The fact is that COB grow lights provide a much broader spectrum of light. This is known as their High Color Rendering Index. This is usually over 80 and makes the objects under the light look much more realistic. While different manufacturers will come with different indexes, they’ll all typically offer chips with at least a 70 CRI Broad Spectrum.

There’s little doubt that cannabis plants also perform better under COBs. Other marijuana grow lights can create hot spots because the light is coming from just one spot. This means that plants directly under the light can burn. While others placed further away from the light may not get the total amount of light they need. As COBs are really just multiple LEDs placed on a single unit, all plants can get the total amount of light they need. Without creating hot spots and instead, penetrating all the way down and through multiple plants.

How Should I Choose COB LED Grow Light For My Plants?

COBs are a great way to decrease temperatures, increase efficiency and gain space, all of which are significant issues in indoor growing. If you have questions about choosing your first COB LED grow light, read our blog for tips or contact our awesome customer support team! We are ready to answer all your questions and help you pick the best unit for your budget. Check the buds cultivated under our GLIC650 COB LED grow light below.