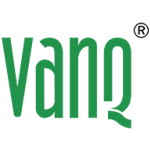 Light is one of the most important conditions in tissue culture, mainly in terms of light intensity, light quality, and light period:

Light intensity has an important influence on the proliferation of cells and differentiation of organs. From the current research situation, light intensity has a significant effect on the initial division of cells and cells. Generally speaking, the light intensity is strong, seedlings grow stout, and light intensity is weak, and seedlings are easy to grow. In-plant tissue culture, external carbon sources are mainly used as energy sources, and light is mainly used to meet the needs of plant morphology. Therefore, the light intensity of 300 ~ 500lx can be guaranteed, but for most flowers, 2000 ~ 3000 1x is more suitable. In the rooting stage, in order to make the rooting seedlings grow robustly and adapt to the field environment as soon as possible, it is necessary to appropriately increase the light intensity to 3000 to 5000 Ix, or even 10000 lx. If supplemented with a higher concentration of CO2, the photosynthesis of the seedlings can be enhanced, forcing them to change from heterotrophic to autotrophic, thereby making the tissue culture seedlings grow more robust.

In order to save costs, in the construction and design of the tissue culture room, you can consider making full use of daylight. “The rooms with better daylight are used as cultivation rooms, and the rooms with poor or dark light are used as reagent rooms and culture rooms. Some people also Using a greenhouse as a cultivation room also achieves a relatively good cultivation effect. Using natural light as a light source can reduce production costs. At the same time, because natural light is generally stronger than fluorescent lights, the cultivated seedlings are relatively short, although the plants grow under strong light. It is relatively slow and slightly green, but due to the accumulation of carbohydrates, the tissue is full, it is easy to adapt to the external environment, and the survival rate of transient transplanting is high. If it is only beneficial to natural light, it will be greatly affected by the weather. On the one hand, it is the layers The rows and columns in the room and the floor are not uniformly exposed to light. On the other hand, in sunny and cloudless weather, excessive sunlight can burn the seedlings and even die. It is necessary to use thin curtains for appropriate shading; but in continuous rain Under the conditions, the light is insufficient, and the seedlings will be weak and lengthy. It is necessary to install fluorescent lamps on all cultivation racks. Need and prevailing weather conditions were the flexibility to adjust.

Light quality has significant effects on callus induction, the proliferation of cultured tissues, and the differentiation of organs. For example, lily bulbs are cultured under red light, and after 8 weeks, the callus is differentiated. However, callus appeared only after several weeks of cultivation under blue light. After 15 days of inoculation of Gladiolus bulbs, the buds first appeared in culture under blue light, and the formed seedlings grew vigorously, while the seedlings were slender under white light. Light quality also has a certain effect on the growth of tissue culture seedlings. For example, research on carnation shows that different wavelengths of light play different roles in tissue culture. Blue light is helpful for inducing lateral bud production and also increases the protein content. Red light can promote bud growth and neat growth. White light is beneficial to the growth and development of tissue culture seedlings, with the highest biological yield, followed by red light; blue light promotes the increase of reducing sugar content in stems and leaves, but has little effect on total sugar; white light can also increase chlorophyll synthesis. Fan Cihui and other studies found that the gladiolus spherules cut into pieces and emerged earlier under blue light than under white and red light, and the seedlings grew vigorously and their roots were strong; the seedlings were slender under white light, and the number of seedlings under red light was small. However, red light-induced better callus induction and growth in lily and green bean than in self light. If these effects of light quality can be consciously applied to the large-scale production of seedlings, the goals of saving energy and increasing yield can be achieved.

When in vitro culture of test tube seedlings, a certain light and dark period is used for tissue culture. The most commonly used periods are 16h light and 8h dark. Studies have shown that organs and tissues of varieties that are sensitive to short-day light are prone to differentiation under short-day light, and calluses produced under long-day light sometimes require dark culture, especially the calli of some plants are more dark than light. OK, like callus from safflower and black ash. For most plants, 14 to 16 hours of light and 8 to 10 hours of darkness can meet the needs of growth and development. However, different plants and different culture purposes sometimes have certain differences. The 12h photoperiod is suitable for chrysanthemum tuber seedlings. Geranium greedy callus induces bud formation, and the maximum number of buds produced by 15 ~ 16h light, if 24h Illumination, callus can not turn green, buds can not be produced; under the light of 16-18h, the morning glory stem meristem can grow and form small plant wipes, and does not need to be illuminated all day; The leaves of the taro were cut into leaves and plantlets under 16h light and long-term dark conditions. In addition, the photoperiod also has a significant effect on the formation and induction of flower buds. Some plants require dark culture during the callus induction stage and light during the differentiation bud stage, such as gladiolus; the first few days of carnation cultivation It needs dark culture and then transferred to normal culture, which is conducive to the occurrence of callus; some light-sensitive varieties can induce flower bud differentiation under certain light conditions and time.

The Relationship Of Light And Plant Growing